Your Constitutional Rights as a Criminal Defendant 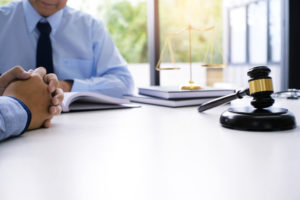 In the United States, everyone involved in a criminal trial has a set of rights that must be honored throughout the entire process. This includes criminal defendants, even those accused of extremely vicious crimes. The principle of innocent until proven guilty means that, until a conviction takes place, these defendants have all the rights of an innocent person, and even upon conviction, they retain a set of rights. These rights are outlined in the Constitution and other federal documents and cannot be denied. If your constitutional rights have been overlooked or ignored at any point during your arrest, investigation, or trial, you need the federal criminal defense attorneys at Lowther Walker LLC on your side. They will ensure your rights are granted and you are given a fair shot at a trial.

During an arrest, you may picture an officer saying, “you have the right to remain silent.” This is the first in a set of rights known as Miranda rights, which also include the right to avoid self-incrimination and to seek counsel. These rights must be provided, verbally or in some jurisdictions through writing, at the time of the arrest. Failure to do so can lead to charges being dismissed.

Right to be Free from Excessive Bail

After charges have been filed against a person, a hearing occurs to set bail. This is a fee that can be paid in exchange for release before trial, to be refunded when they appear in court or forfeited if they do not. The right to be free from excessive bail does not mean that bail has to be an amount the defendant can actually afford, but it means that judges must consider the severity of charges and the risk of the person running away before deciding on an amount.

Right to be Free from Self-Incrimination

This right comes from the Fifth Amendment, giving defendants the right to refuse to answer a question that may incriminate them. This can be exercised during both interrogations and trials, and juries are not allowed to consider this refusal as evidence of a defendant’s guilt. Similarly, defendants cannot be forced to testify on his or her own behalf as a result of this rule.

Right to a Speedy Trial

There is no one definition of what “speedy” means, but various statutes of limitation exist on how much time can elapse before prosecution. If this limit expires, the prosecution is barred from bringing charges again. This law prevents people from being held indefinitely while waiting for trial.

When someone says “innocent until proven guilty,” this is the right being referenced. Until a conviction is handed down, a person retains all the rights of an innocent citizen. Jurors are obligated to go into trials with this presumption, only considering someone guilty when enough evidence is provided to prove guilt beyond a reasonable doubt.

Also laid out in the Fifth Amendment, due process requires certain procedures and protocols to occur, such as the notification of charges being faced and a hearing if rights are in jeopardy. It also accounts for the right to call witnesses, present evidence, and testify if the person chooses to. Due process is essentially a guarantee that defendants will be able to make a case for themselves.

Equal Protection Under the Law

Based on the Fourteenth Amendment, this provides an assurance that defendants are treated equally, regardless of statuses such as race, gender, or age. This applies to prosecution, investigators, juries, judges, and all others involved in a case.

Criminal cases are conducted with a jury of the defendant’s peers. Jurors are selected at random from the community and then interviewed to remove anyone with bias or conflict of interests. The right to trial by jury allows each person’s case to be decided by a large group of people without a vested interest in the case.

Double jeopardy refers to someone being charged multiple times for the same crime. Under the Fifth Amendment, someone cannot be charged again for a crime they have already been acquitted or convicted for committing. However, they can be brought back under similar charges as a federal crime after a trial based on a state crime.

In the Sixth Amendment, the right to legal counsel is laid out for all criminal trials. If a defendant can’t afford to hire a private lawyer, the court will appoint a public defender who works on their behalf. In addition to arguing for them in court, a defense attorney will also help defendants to navigate the legal system, negotiate plea deals, and provide other forms of assistance as needed. This ensures that no one is forced to endure a trial without representation.