Why to Avoid Being a Repeat Offender at All Costs 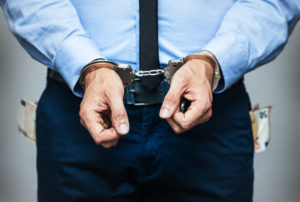 The reality of crime, whether it is white-collar crime or other types, is that most people do not commit a single crime and then return to a normal life. An estimated forty percent of people released from prison are re-incarcerated within three years, with some states being well above that average. Many laws are designed with these statistics in mind, and first-time offenders almost always receive much more lenient sentences than others with a lengthy criminal record. Even if you have been convicted of a crime in the past, it’s critical to avoid future convictions in order to avoid increasingly harsh punishments.

Sentencing is generally a function of two things: federal statutes and a judge. Each federal law is referenced in a statute from the United States government that lays out exactly what constitutes each crime as well as what an appropriate punishment will be upon conviction. Most of these statutes have a maximum sentence and/or a maximum fine, though some do provide minimums. They may also list additional punishments, like repayment or community service, that can be handed out at the discretion of a judge. Statutes are meant to both prevent excessive punishment, as well as to ensure uniformity between various people convicted of the same crime.

Actual sentencing is determined by a judge. Once the jury hands down a guilty verdict, a separate hearing is scheduled specifically for this purpose. These hearings will allow for multiple people to speak, including the prosecution and defense, victims of the crime, the defendant, and a third party who has done a report. The judge will consider many factors during their decision, and one that weighs heavily is the person’s risk for offending again if they are a free member of society. The longer a criminal record, the less likely you are to make a case for a light sentence. Even if you are given a second chance, offending again after that chance will usually lead to harsher sentencing.

Habitual Offender laws exist in many states across the United States and are designed to enact mandatory sentences on repeat offenders, with no judgment needed. Each state has different rules for this, which can include the repeated commission of the same misdemeanor or felony or a certain number of convictions within a given time period. While these laws enact mandatory minimums, judges sometimes have the ability to add to this sentence or impose the death penalty in jurisdictions that allow for that.

Many states have a specific rule known as a Three Strikes Law, which imposes harsher sentences on people convicted of certain felonies three times. In most cases, the penalty for a third conviction is a mandatory sentence of life in prison that is automatically imposed. Three-strike laws are generally reserved for violent or serious felonies, notably including drug violations.

Whether it is your first charge or not, it is critical to have a skilled criminal defense lawyer on your side. But if you are at risk of being a repeat offender, it is even more important, as your defense may look different than it did in previous cases.

First offenses are usually treated as mistakes, either lapses in judgment or a lack of knowledge regarding the law. If found guilty, defense attorneys will often make a series of arguments at the sentencing hearing to prove that the defendant has been “scared straight” and will not commit a crime again. For a repeat offender, the same argument can’t be made, and your lawyer will need to be more adept.

If you cannot avoid a conviction, your lawyer will argue at sentencing for another chance. The reality is that once someone has been released from prison, they can struggle to find jobs and support, which may lead them to commit more crimes. Lawyers may ask for placement in facilities that offer support, rather than prison, in order to avoid the same pattern happening again. Other extenuating circumstances can be argued in second convictions.

After a certain number of convictions, there will be mandatory minimums that kick in, which even the best defense can’t avoid. The best thing you can do is choose a proactive defense method in order to avoid these future convictions.