What Type of Evidence Is Used in Commodities Fraud Cases? 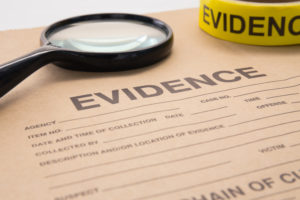 While just as serious as other types of crime, white-collar charges can present differently in court because of the different types of evidence used. A lack of physical evidence like DNA samples means that both the prosecution and the defense must focus elsewhere. When it comes to commodities fraud, there are typical pieces of evidence collected during an investigation and the discovery process. A skilled defense lawyer will evaluate all of this evidence to help you form solid defenses and prove your innocence in court, but it is important to know what types of evidence could be incriminating.

Under federal law, securities and commodities fraud is a criminal charge that can be levied against anyone found to be involved in intentionally false, misleading, or fraudulent statements regarding the stock of a company of its value. Based on this false information, another person would then make decisions about securities or commodities trading. Examples of this include Ponzi and pyramid schemes, foreign currency fraud, broker embezzlement, late day trading, and advance fee schemes.

In order to convict a person under these laws, money does not have to change hands, as long as there was an intention of this happening. The defendant also has to be found to be intentional in their fraudulent activity, meaning they have to know they were misrepresenting financial information and have done so with the intention of financial gain. Defense cases will usually hinge on this, so it will be critical to provide any evidence possible here.

In cases of securities and commodities fraud, evidence presented may be considered either direct or indirect. The goal of this evidence will be to prove reliance, which indicates that investors took actions as a direct result of the fraudulent activity. Proving reliance is critical to securing a conviction for commodities fraud.

Direct evidence can be something like a statement in a prospectus that claims the existence of a lucrative contract, which the issuer does not have. In addition to the statement, proof will be required that they do not have the promised funds. If an investor can show that they made an investment decision based on this statement, that is considered direct evidence of reliance.
Indirect evidence may rely on something called fraud-on-the-market, a theory that attributes inflated stock prices to the alleged misrepresentation. This would happen when the misrepresentation changes a stock’s price and investors buy the stock based on this price, making it an indirect reliance that misled the market as a whole.

The types of documentation used to prove this could include emails, text messages and phone records, written documents, and witness statements. Financial data will also usually be included to demonstrate actual loss or gain related to the fraudulent activity.

There is one case in which reliance doesn’t need to be proven- fraud by omission. An example may be a prospectus that omits certain details, like an issuer’s patent being contested, that should have been included. This makes it difficult for an investor to prove they specifically relied on missing information.

Instead, higher courts have decided that if missing information constituted material facts that could reasonably have impacted the investor’s decision, positive proof of reliance is not required. Instead, in these cases, reliance is assumed to exist. A defendant can overcome this presumption by showing that a purchase decision would not be impacted, even if this information had been disclosed. This may include proof that the investor didn’t read the prospectus or evidence they planned to invest before the prospectus was provided.

Evidence will be just as critical to the defense as it is to the prosecution in these cases. Being able to prove an absence of reliance, or more critically, an absence of knowledge and intent, can be the difference between an acquittal and a conviction.

It's important to know how to choose a defense attorney. When working with your lawyer, it is important to provide any information that could be used as evidence early on during the case so you can determine what may help or hurt your case, as well as what can be used to disprove reliance in court.