What to Know About Sentencing Hearings in Criminal Cases 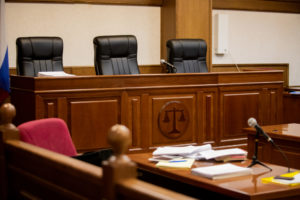 If you find yourself charged with a crime, you may picture court as the tense back and forth of witness testimony and cross-examination. This may be a part of it, but your fate will ultimately be determined at a sentencing hearing. This is depicted less often in the media, so you may not know what to expect when you walk into the trial. Your sentence will vary based on your crime, but there are basic tenets of these hearings that are important for you to understand in advance. If you have questions or concerns about any of these items, discuss them with your criminal defense attorney. The experts at Lowther Walker LLC are always available to ensure your concerns are addressed and your questions get answered so that you don’t face any surprises during your case.

In the case of misdemeanors, and less rarely felonies, a judge may hand down a sentence immediately. Unlike the verdict, which is decided by a jury, the judge has full authority to sentence within legal limits. When they aren’t prepared to do this immediately, they will set up a separate hearing for sentencing, where each side can present a case for their desired sentence.

Sentencing dates can be soon after a case, but they can also take years after a guilty plea or verdict. Most of them happen within a few months. The defendant will remain in prison for this time while the defense prepares its arguments.

Day of the Hearing

At the hearing, both the prosecution and the defense will be able to speak to the judge. But first, the probation department will share their presentence report, which outlines the criminal record, personal history, substance abuse, and other information on the defendant. Both layers can then argue against or in favor of these findings and recommendations.

Any victims may also be called to speak as a part of sentencing hearings, as well as the defendant often taking the stand. Rule 32 of the Federal Rules of Criminal Procedure grants both the defendant and the defense counsel the right to speak during this hearing before a sentence is imposed. This is also where victim impact statements will be taken into account.

Once the judge has heard all statements and reviewed the reports, they are able to hand down a sentence. They must adhere to the statutes that define maximum sentences and fines, as well as other laws specific to their state, such as whether the death penalty is allowed in that state.

Once the sentence has been issued, the hearing may continue with a ruling on related collateral matters. Anyone going to federal prison can ask to resolve three categories of matters:

In most cases, the defendant will be taken straight into custody unless other arrangements are worked out during the hearing.

At the point of a sentencing hearing, you have already been charged with a crime, but that doesn’t mean you should give up on getting a favorable outcome. There are still ways you can present during the hearing to try and influence the judge and secure a more lenient sentence.
Be sure that you are polite, obedient, and humble at the hearing. You are trying to show the judge that you won’t re-offend and that your life outside of prison will be a good one, so you want to keep that up during the hearing. If you choose to take the stand, this is not the time to dispute the verdict or facts of the crime. The judge cannot change this, but you can use the time to argue for a particular sentence in light of the verdict.

Just like in a trial, the best way to make a good case at your sentencing hearing is to have a skilled attorney on your side who can succinctly and professionally present you to the judge. The consultation of an attorney could be the difference between a minimum and a maximum sentence.