What Is the Penalty for Wire Fraud? 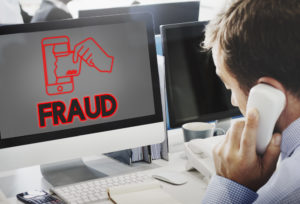 Any fraud that uses telecommunication in its commission is classified as wire fraud- this can be the phone, a radio, a television, a fax, or an email. This is meant to distinguish it from mail fraud. In both cases, the medium is not the crime but the type of fraud that has occurred. Often the use of telecommunications (or anything with a wire) facilitates fraud across state or national borders, making it a federal crime. If you find yourself in need of a wire fraud defense, you’ll want to find a skilled attorney to help you avoid the harshest penalties.

According to the U.S. Department of Justice, there are four critical elements of wire fraud under federal law:

In order to meet these requirements, a person does not have to have been actually defrauded or to have actually sent communications, as long as the intent was present and there was knowledge of the communications. While most wire fraud cases relate to money, it can also apply when someone is defrauded of “honest services,” such as in cases of bribery or kickbacks.

One of the classic examples of wire fraud is the “Nigerian prince scam.” When this happens, a person receives an email from someone purporting to be a Nigerian prince. The prince has been exiled and can’t access his Nigerian bank account that contains his fortune, and he requests the recipient hold his millions for him in exchange for a large reward. The goal is for the target to share their financial information, which the scammer then uses to access their money. While it may seem obvious to some, this is a very common scam and is often successful, with many similar email scams modeled after this premise.

Another common use case is telemarketing, in which someone answers the phone and is told they’ve won a large sum of money. Again, they must then provide personally identifying information that is used to steal from them.

Under federal law, wire fraud is defined as a Class C felony, making it punishable by up to 20 years in prison, three years of supervised release, and $250,000 in fines. This is in addition to complete restitution and the seizure of any property obtained via the fraudulent act. These charges can be applied to each individual case of fraud, so every email or phone call may come with its own penalty.

According to the United States Sentencing Commission, Guidelines Manual 2B1, anyone convicted of wire fraud would be assigned a base offense level somewhere between 6 and 36, which has a guideline range of probation up to 33 months in prison, before taking into account additional mitigating or aggravating circumstances.

Federal cases rarely result in probation. The amount of financial loss and aggravating circumstances resulting from a case can lead to a prison sentence much longer than 33 months. The average wire fraud case results in 20 to 24 months in prison.

Because of the four elements needed to define wire fraud, a wire fraud defense may be formed if even one criterion isn’t met. Some cases may be fought on the basis of low materiality or illegal search and seizure, but where these aren’t an option, there can be a case using intent and belief.

If a person does not knowingly commit wire fraud or intend to, they may not be found liable. When a defendant has a good faith belief that what they are saying is true, this can work to their favor. Some cases may also be called puffery, or normal exaggeration used in sales, which is different from true fraud.

To determine the best defense in your wire fraud case, you’ll need to consult with a seasoned lawyer.