What Is the Difference Between a Felony and a Misdemeanor? 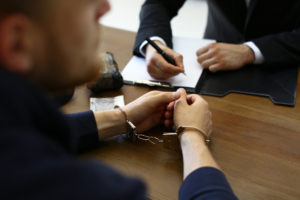 Any time you are charged with a crime, there are serious consequences to consider. Depending on the exact scenario, you could be facing fines, jail time, and other punishment, as well as a permanent criminal record. However, the details of your charge can make a huge difference in the severity of these punishments, particularly whether you are accused of a felony or a misdemeanor. These classifications are set out in federal statutes and will impact your charges, trial, and any potential penalties you may be facing. While some crimes can be classified as both misdemeanors or felonies, most will fall into a single category. Particularly when facing white-collar criminal charges, it’s important to be aware of the differences in charges and the related consequences.

If you’re dealing with a financial fraud charge, you’ll need a money laundering lawyer on your side. If you’re facing other charges related to drugs, gun trafficking, or health care fraud, you need the experts at Lowther Walker LLC. Their expertise in white-collar criminal defense will give you the best shot at minimal sentencing and the best hope for your future, regardless of if you’ve committed a felony or misdemeanor.

Misdemeanors are the category of crime generally considered less serious, usually because they are not violent in nature. Examples may include vandalism, drug possession (but not intent to sell), disorderly conduct, or other similar charges. While these are all serious crimes, the fact that no one is physically harmed or endangered means they generally have smaller fines and shorter jail sentences defined as potential punishments.

There are three classes of misdemeanor based upon the length of associated maximum jail sentences. These are defined as:

Most sentences for misdemeanors take place in local county jails rather than high-security federal prisons.

The term felony is not universal throughout the United States, with the federal government defining it only as crimes with more than one year of punishment. Generally, crimes that are considered felonies are usually physically violent or the cause of severe psychological harm and endangerment. Felonies are things like murder, aggravated assault, kidnapping, and child abuse. Other non-violent crimes that are extremely harmful are also considered felonies, particularly white-collar crimes with financial consequences, like tax evasion or fraud, as well as theft or violations of parole.

Similar to misdemeanors, there are classes of felonies that can be used to reference the maximum imprisonment sentence:

In addition to the differing sentences, misdemeanors and felonies are treated differently in many areas.

Misdemeanors have no impact on civil liberties once time has been served, but felonies can have a lifelong impact. Being charged with a felony can lead to a loss of second amendment rights, the right to vote, and the right to serve on a jury or hold public office. Many jobs will also not hire anyone with a felony on their record.

Some states allow for a process known as expungement, in which information on your criminal history is no longer available to the general public, and you are not required to disclose the criminal history. While both types of charges will stay on your criminal record permanently, it can also be easier to get a misdemeanor expunged in the future so that it does not appear on most background checks. Many felonies cannot be expunged and will always be present.

Also known as alternate felony/misdemeanor offenses, wobbler crimes are those that can be punished as either a felony or a misdemeanor. Usually, the prosecutor will decide which charge to pursue, though they typically start with a felony and then choose to negotiate down. Judges can also determine the appropriate punishment for a wobbler offense. In these cases, it is particularly important to have a good defense attorney on your side, as they can petition to have a crime reduced to a misdemeanor in these cases.

A wobbler crime can only be reduced from a felony to a misdemeanor at certain points in the legal process: during initial charges, at preliminary hearings, during sentencing, or after probation. It is critical to have good representation through all of these processes to have the best chance of reducing any charges against you.