This highly specialized area of law can vary widely by state, so it is important to find someone who understands nationwide law and how it can be applied in your case. 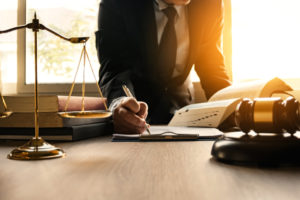 Any time you are charged with or convicted of a federal crime, the consequences can be severe, and the legal process can be long and overwhelming. When it comes to federal appeals, this is even more true as it involves additional statutes and rules that apply. A federal appeals attorney will walk you through these processes, navigating the various courts and individuals you will interact with and helping you understand the right steps to take. To better understand how federal appeals work and how an attorney can help you, read on.

What is the Court of Appeals?

In the United States, the court system is structured based on a hierarchy, with the Supreme Court sitting at the top as the final word. Different courts sit at different levels in this process in order to provide additional opinions and balance each other. The Court of Appeals is specifically designed to determine whether any mistakes were made in the decisions of lower court levels.

The lowest level of court is a trial court, where most criminal and civil cases are played out. These courts hear evidence, interview witnesses, and listen to each side’s case, with a judge and a jury present. If there is an appeal to this decision, the case will work its way up a series of courts, either at a state or federal level.

The defendant in a criminal case, or either party in a civil case, can access the court of appeals by filing an appeal, or a petition for the case to be heard by a new court. The appeals court serves as an intermediary between trial courts and the Supreme Court. Each state has its own court of appeals in addition to the federal court. The states can also create their own structure, though most states have separate courts for civil and criminal cases, with specialized judges for each.

Who Can File an Appeal?

In a civil case, either the plaintiff or the defendant has the right to file an appeal if they are unhappy with the outcome. However, there is no guarantee of an automatic appeal in civil cases, and the court may deny hearing the case.

If someone accused of a crime is found innocent by the jury and/or judge, the prosecution cannot file an appeal. This would violate the double jeopardy laws set forth in the US Constitution. Any person found guilty of a crime is entitled to one automatic appeal of his or her case. If needed, a public defender will be available to that person, or they can hire their own federal appeals attorney.

Each judgment can be appealed only once to the higher court. However, as long as there is another court above the one hearing the case, an appeal can be filed. In some large states, there may be three or four levels of courts, meaning you can continue appealing until the Supreme Court either denies hearing the case or rules on it.

How Do I File an Appeal?

If you were not working with a seasoned lawyer for your trial, an appeal is the time to retain one. The process of navigating these court structures can be confusing, and you may only have a single chance. When you decide to appeal, your lawyer will help you file something called a notice of appeal. This is a short, often single-paged document that notifies the district court and the appellate court of your intention to appeal the decision. There is usually a time limit on this, often fourteen days from the entry of the judgment.

This notice of appeal is merely showing your intent- it is not the appeal itself. Most lawyers will only file this once they have been retained formally, so it is still important to hit that window, but you will have more time to work on your full appeal once this has been filed.

If this deadline approaches and you do not have new representation, the lawyer who represented you in a lower court is actually obligated to preserve your appellate rights, even if they will not represent you in the appeal. This may mean they file the notice for you or prepare a notice that you can file on your own.

It’s important to know that federal appeals are often a slow process that can take months or even over a year because of the volume of appeals filed each year. Courts consider these claims individually, which takes time and care.

What Happens During an Appeal?

Most appeals do not result in an oral argument--about three-quarters of them are resolved “on the briefs,” or based on the written documents filed alone. This includes an opening brief that provides facts of the case and an explanation of why an appeal is needed. The responding party can then file a brief in response, and the appellant can file one more response to that. These three briefs are often enough to decide the case.

If your case does reach oral arguments, the appeal will look very different than the original trial. Rather than witnesses and experts taking the stand, only the attorneys for each side are able to speak at an appeal, and they may only present the facts used in the original case. No new evidence can be introduced during the appeal process and there is no jury.

The court of appeals is made up of a panel of several judges, who will each review the case. Their goal is not to determine guilt or innocence, but to determine whether the law was applied fairly at the trial court level. An example may be a defendant who says she was denied the right to speak with an attorney, meaning her confession to the police should not have been admitted as part of the trial court proceedings.

The decision of an appeals court can reverse the decision made in lower courts. This could mean someone found guilty is released from prison or that a monetary judgment is reassessed. However, the court can also uphold the decision, meaning that the trial decision remains the final judgment. This is when another appeal could be made to a higher court, like the state or federal supreme court, to hear the case. Again, only the defense can do this in a criminal case.

Supreme Courts are also known as the “courts of last resort” and have the final say in these cases. They are also able to choose which cases to hear, generally taking on a relatively small number each year.

Do I Need a Federal Appeals Attorney?

If you intend to file a federal appeal, it’s critical to have a criminal defense attorney who specializes in this process. The opening and response briefs may end up being the entirety of your case, and writing these is a skill that not all attorneys will possess. Before moving forward in the process, be sure that your attorney is properly licensed in the relevant appellate courts and is familiar with the process, including what would happen if you did appeal to the Supreme Court. While this is unlikely, you should always choose representation you would trust to make your case in the country’s highest court.