Potential Penalties of a Drug Charge 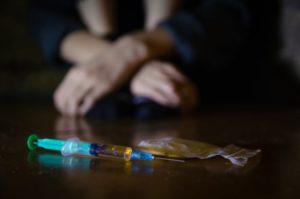 Whether you find yourself charged with drug possession or selling of drugs, the U.S. enforces strict laws surrounding illicit substances. The exact form of punishment you face will vary based on what substance is involved, the amount in question, and your prior criminal record. Even the smallest drug charges should be taken seriously, including working with an experienced drug attorney to help you navigate the court system and give you the best chance at avoiding serious jail time and fines.

When it comes to penalties, not all drugs are treated equally under the law. Both legal and illegal substances are separated into categories by the Drug Enforcement Administration (DEA) based on their potential risks or benefits. These categories are known as schedules. Depending on the schedule of drug you are found with, your penalties will vary.

Depending on the form of each drug, the amount will also be taken into consideration.

Most drug charges are classified as simple possession, meaning you have a small amount of the substance available for personal use, with no intent to sell or give the drug to another person. Simple possession is a crime eligible for jail time.

Each state has different lengths of jail time and rules surrounding criminal history. However, federal law considers simple possession a misdemeanor offense, with a prison term of one year or less for a first offense. Subsequence offenses can lead to felony charges and additional years of jail time. Federal level charges also include fines of at least $1,000, as well as judges having the discretion to include community service in a sentence.

Anyone found or believed to be selling an illicit substance is eligible for much harsher penalties than simple possession. Consequences again vary by state, but just one example is Wisconsin, where delivery or distribution of a controlled substance carrying a felony offense with a fine of up to $100,000 and 40 years in prison. Drug selling is commonly a recurring offense, and future charges may have doubled fines and sentences.

In order to charge someone with possession of drugs and intent to sell, there is often additional circumstantial evidence needed. Large amounts of cash, scales, or small plastic bags may indicate this intent, or phone records may show conversations about sales. Large amounts of the substance often also indicate this intent, though for certain substances, very little is needed. For example, some states will charge you with a Class F felony for intending to distribute less than 3 grams of heroin.

If you find yourself subject to drug charges, it will be important to find a lawyer experienced with these complex laws and ready to form a solid defense.

Many drug charges are a result of finding the substance on your person, which cannot always be denied. Because possession is the crime, courts do not need to prove that you used or intended to use the substance, just that you had it. Some arguments will center around whether the drug was yours or you happened to be in a place where it was found, like a borrowed car. It is also not uncommon for drugs to be planted by law enforcement, so that could be explored if applicable.

Drugs are also often discovered during illegal searches or seizures, which would make the evidence inadmissible. A strong drug attorney will make sure that all proper protocol was followed by law enforcement as well as ask for evidence that the substance was, in fact, an illicit substance.