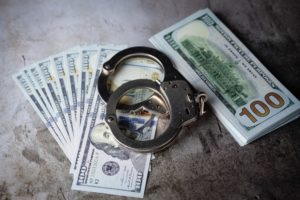 If you have been found guilty of embezzlement, you are likely facing a range of criminal consequences, including possible fines and jail time, as well as restitution. But once you have moved past this immediate period, you may wonder what the rest of your life looks like, including your career. Because embezzlement often occurs in the workplace, it can have a larger effect on your career than other crimes might. A skilled embezzlement lawyer can help you fight any charges to avoid a conviction and maintain your career prospects.

Embezzlement is a form of property theft that occurs when someone is entrusted with managing money or property on behalf of another person or business and then steals that money or property for their own personal gain. The key to embezzlement is that a defendant has access to this property but not ownership- other forms of theft involve a person with no access or ownership.

Embezzlement combines the theft of money or property with a violation of trust. Examples of this include things like a bank teller with access to clients’ money, employees in charge of company funds, or family members who manage a relative’s bank account.

Embezzlement can be considered a federal crime when it involves theft from the federal government or from a private entity that has been funded by the government. Federal law breaks embezzlement down into categories with unique punishments, including:

When federal funds are not involved, each state has its own set of embezzlement laws. In Georgia, these are:

If you have been convicted of embezzlement, it is generally considered a felony crime and will appear on any employer-run background check. A felony on its own can be a reason to deny or end employment. Seeing that the charge is embezzlement may make companies even more hesitant to hire you, especially if your expertise involves handling funds in any way.

In addition to the discretion of employers, many licensing bodies will be able to revoke your licensure for felony charges. Medical, legal, and other licenses will be revoked for embezzlement, and most other agencies have the right to do so as well.

This does not mean you will never work again. Most people will work to find jobs that do not involve the handling of funds or property, which may mean starting over in a new line of work. However, your chances of a solid career will be much higher if you are able to fight embezzlement charges and avoid reaching a conviction.

An embezzlement lawyer will be able to help you build a defense in these scenarios. Even if you did commit acts of embezzlement, it is common to settle with your employer and pay back the funds to avoid a court case. You will likely need to find a new job in these cases but will not have the same burdens during the process.

If you do move towards trial, the prosecution has the burden of proof and must show that you knowingly used your position to convert funds or property into your possession. This may require long paper trails and complex financial records. Often innocent miscalculations or resource allocations can be misinterpreted in cases where there is no illicit gain.

As soon as you think embezzlement charges may be imminent or an investigation has begun, retaining a skilled attorney can preserve your career and reputation in the field.