Indicted vs. Charged: What's the Difference? 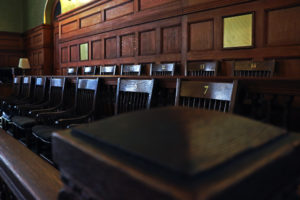 When you are accused of a crime, a formal accusation has to be made in order to bring you to trial. You may hear the terms indicted and charged used to refer to this process but struggle to understand the difference between them. No matter what term is used, if you find yourself in the middle of a criminal case, it is essential to hire a skilled health care fraud attorney to help you navigate the legal system and your trial. But to begin understanding how indictment and charges differ, read on.

What Does "Charged" Mean?

A criminal charge is an official allegation that you committed a crime or crimes. This may be in the form of a misdemeanor or a felony, but it will come from a prosecutor who represents a governmental organization. When a formal charge has been issued, you can then be arrested if you are not yet in custody. Suppose you were arrested before the warrant has been issued. In that case, the attorney general in your state can decide if you can be charged based on evidence in the charging affidavit from your arresting officer.

If you are arrested on a warrant, the police officer must provide a copy of the warrant which states the charges against you. This has to happen within a reasonable period of time after the arrest. You will be shown the charges at the time of the arrest, though they can be changed later.

When your charges are for a misdemeanor, the state prosecutor has a certain period of time to charge you, with the exact timeframe varying by state. If the charges are for a felony, more time is allowed, as much as 30 days. When charges aren't filed in these time periods or in a proper manner, charges can no longer be filed, and the case is dismissed.

Once you have been charged, you will have an arraignment before the court, or your attorney may file a written plea on your behalf. If you are going to plead not guilty, another court date will be set, and your case will proceed to trial.

What Does "Indicted" Mean?

Indictments are generally related to felony charges in which the prosecutor relies on a grand jury. To obtain an indictment, the prosecutor goes in front of this grand jury and presents evidence of your alleged crime, asking them to bring charges against an individual. In capital crimes where the death penalty is a potential outcome, an indictment must be used to issue charges.

Grand jury hearings can include evidence and witnesses being presented as they would in a trial. The accused may testify but can always use their 5th Amendment right not to make a statement; however, they will not be able to present evidence in their favor or cross-examine witnesses. These hearings are held in secret, with voting and deliberations never made public.

You may waive the right to have a criminal case brought to a grand jury, which would then send the case to an indictment to file charges. Indictments will contain all personal information about you and the crime.

If an indictment is issued, the sitting judge then issues the arrest warrant. If you have notice of this arrest, you are able to surrender to the police and post bail if eligible, but this is not common. Once you're arrested and taken to court to hear the charges, bond will be set and can then be paid in exchange for release.

What Is a Grand Jury?

A grand jury is similar to a regular jury, but rather than determining guilt or innocence, their job is to determine if charges should be brought against you. These juries typically have up to 23 jurors, rather than the traditional 12, and they require a simple majority rather than a unanimous vote.

Whether you have been indicted, charged, or simply are under investigation, you will need the services of a skilled criminal defense attorney. They will be able to help you with court appearances, discussions with law enforcement, and your eventual trial or plea as a criminal case proceeds. Your chances of being acquitted may rely on the expertise of your attorney, and it is never too early to begin consulting.