How Do I Know if I Have Been Charged with a Crime? 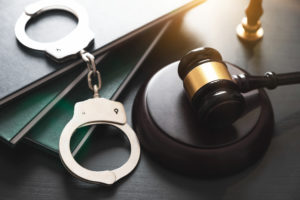 You may think that being charged with a federal crime will mean that the authorities come knocking down your door, causing a scene like you might see in a movie. While this can happen, it isn’t always the case, and it can sometimes be more difficult to determine if you have been charged with a crime. If you have been physically arrested, there is no question- but what if that doesn’t happen? You’ll need to work with a federal criminal defense attorney to determine when you have been charged and for what. Below are some scenarios that can occur during this process.

You Receive a Letter or a Summons

In some cases, a letter will arrive letting you know that you have been summoned to an arraignment or a clerk magistrate’s hearing.

An arraignment is the first hearing you will attend after charges have been filed. The hearing will include a read-out of the charges against you and give you the opportunity to make a plea. Bail may also be issued during this hearing.

If you are summoned to a clerk magistrate’s hearing, this will happen before any charges have been officially filed. This is known as a “show-cause” hearing and will usually occur if law enforcement officers did not witness the criminal activity directly. They may file a complaint, which the magistrate will review to determine if charges can be filed.

There Is a Warrant Out

If you think you may have been charged but don’t know for sure, contacting your local police department for information is one way to find out. You can ask them to conduct a warrant check, which will include any charges filed against you.

When charges have been filed, you have a right to request copies of the police report from the District Attorney to understand the charges. However, they are not obligated to share any information about ongoing investigations that do not yet have formal charges. The police report should include information on other people involved and details of the accusation, though some items may be redacted for safety.

A Law Enforcement Agent Shows Up

The easiest way to know about charges filed against you is when a police officer or detective arrives to arrest you in person. A formal arrest like this may involve being placed in handcuffs, taken to a local police station, and questioned. Depending on the crime, you may be kept in police custody while you await trial or bail.

Usually, the agents are required to present you with a warrant for your arrest, though this may happen at the station after the fact. They are required to read you your Miranda rights during an arrest, including your right to a federal criminal defense attorney. You should exercise this right before making any statements or answering any questions during this process.

When to Call an Attorney

The best time to retain a federal criminal defense attorney is before any charges are filed. If you believe you are under investigation or know you have committed a crime, it can be helpful to have a lawyer upfront. They can help you navigate potential charges and share advice on the investigation process.

When you don’t have a lawyer already, receiving a summons or finding out about a warrant are good times to find one. You will want a lawyer to be with you at an arraignment or clerk magistrate’s hearing, as well as during any bail hearings, as they can argue on your behalf and show your commitment to seeing the case through.

When you are arrested, you may not have a lawyer with you, but you will know there are charges filed. Exercise your right to an attorney before you discuss anything with the police. Their presence will act as a safeguard against unethical tactics, and they can help you avoid self-incrimination during conversations. They will also be able to answer questions about the charges and what options you may have.

It is never a good idea to try and defend yourself against charges, especially federal criminal charges. Hiring an attorney will help you navigate the system as well as give you reliable information about the next steps after you find out about those charges.