Do You Get Bail Money Back? 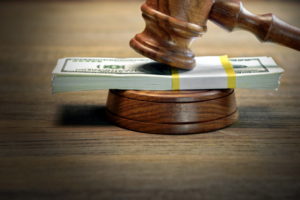 When you have been accused of a crime but have not yet faced trial or conviction, you are often eligible for bail. This is a payment to the courts that allows you to be released until trial, with the money being refunded only if you fulfill your obligations. Often this money is provided by a friend or family member who is willing to help you. While a money laundering lawyer can help you argue for a bail release, it will be incumbent on you to meet the obligations required to see a full refund of your money. This process involves a number of factors.

How the Bail System Works

Bail money is designed to act as a security, like collateral for a bank loan. Collateral is held until you pay back these loans. In the case of bail, the money is held as collateral until you demonstrate you will attend all required court dates and proceedings. If you fail to meet any of these requirements, bail money will be forfeited in full.

The amount of bail needed to be released is set at a judge’s discretion and often takes into account a range of factors, including the severity of your crime, the potential for re-offense, flight risk, and others. Felony violent crimes like murder can have bails as high as $1 million, while misdemeanors like public intoxication can be as low as $200. In some cases, bail may be set at a purposefully unattainable rate.

When the bail amount is set low or if you have a lot of liquid assets, cash bail can be paid in full. If you are able to post bail this way, you’ll get a receipt that you need to hold onto for a future refund. When you can’t post cash bail, you or your loved ones can use a bond, in which some form of property like a home is offered as security.

Bail amounts are set during a bail hearing. Many people attend this hearing on their own, but bringing an attorney with you can be helpful. A lawyer can convey to the judge that you are serious about fighting the charges and appearing in court- this may be why defendants who appear with a lawyer are more likely to be granted bail and to have lower amounts on average. The fees paid to that lawyer may also demonstrate a financial commitment or investment that is an unofficial bond.

There are also businesses that post the full bail for a small deposit, assuming they will be paid back when refunded. If you fail to appear and the bondsman loses their money, they will be able to go after you for the money. When using a bail bondsman, you will pay a fee that is usually not returnable even if all conditions are met.

When a case ends in a guilty verdict, some or all of your bail money may be applied to court fees, and you will need to determine with your lawyer what you are owed. The government can also retain 3% of the original amount, and a bail bondsman can retain their fee, which may be 10 to 30 percent of the total amount. For property bonds, a non-acquittal will mean the cash value of the property is paid out.

If the defendant makes court appearances as required and has paid cash bail, all money will be refunded upon a verdict of not guilty or charges being dropped. This is triggered by a case closing. If you have been acquitted and not refunded, you may need to track down the case to ensure it has been formally closed and your money can be returned. This is where you will need to reference your original receipt. You may also want to provide documentation of your court dates and your attendance.

Bail refunds are issued by the court’s finance department, generally within two weeks of the trial if all the proper documentation has been received. It can then take 4 to 6 weeks for the check to arrive.

You should always ask your lawyer about any state or city-specific bond procedures to ensure you will get a refund. For example, some places will require the bailor to appear at your final court date in order to secure the return of your money.