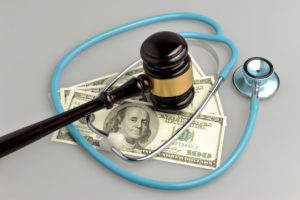 When someone uses lies, deceptions, or falsehoods during the filing of a healthcare claim, this is known as healthcare fraud. The goal is usually to get a payout or other benefit at the insurance provider’s expense, which can be committed by providers, patients, or insurers themselves. Depending on the exact scenario, health care fraud can carry serious consequences, and any accusations should be handled alongside a health care and tax fraud lawyer who can help navigate these systems. If you’re unfamiliar with health care fraud, some of the facts below may surprise you.

Legal definitions of fraud require that the act was done with intent and knowledge that the claim was false in some way, with the goal of achieving financial gain. The insurance system can be confusing, and many people are likely to accidentally submit a claim that contains errors- those people aren’t going to be sent to jail. Instead, if you realize you’ve made a mistake, reach out to your provider immediately to have it corrected.

2. Fraud Is Usually Committed by Providers

Anyone involved in the process can commit fraud, even insurers themselves. However, the most common culprit is the provider themselves, usually submitting claims for unnecessary treatments and procedures in order to be reimbursed more. They may also double bill or file duplicate claims, file claims for services they never rendered, or bill for services that aren’t covered by the policy.

When a patient commits fraud, it usually is in a manner that also deceives their provider, such as faking a medical condition, though sometimes they can work together for mutual benefit.

Most situations will be subject to federal laws surrounding health care fraud. These laws are broad and apply when anyone makes any attempt to defraud any health care benefit program, as long as there is intent to personally gain. These laws are applicable in every state, regardless of the state’s laws.

Each state can set additional laws, which vary widely. Usually, they fall into one of three categories: false claims, self-referrals, and anti-kickback laws. Some states have laws for all three acts, while others may have only one, two, or none at all.

4. Medicare and Medicaid Can Be Defrauded

In addition to private insurers, the United States has two public insurers: Medicaid, which is for low-income people, and Medicare, which is for the elderly. Because these programs are common targets for fraud schemes, there are additional laws that apply to them. Specific federal laws add felony penalties for false claims and statements made to the federal government. Additionally, it is a crime to make false statements or representations in connection with the delivery or payment of government health care benefits.

Federal law provides for civil penalties to be applied in cases of health care fraud. These cases do not include penalties like jail or fines but will be monetary, usually resulting in the need to pay restitution to any harmed parties. Someone found guilty in civil court will usually need to repay the amount they gained through a fraud scheme to the insurance provider they impacted.

6. Criminal Penalties Can Be Harsh

The criminal penalties for health care fraud can be applied at both the federal and state level. These can include the following:

Individuals may also face probation and loss of medical licenses as part of these penalties.

7. The Largest Settlement Ever was $2.3 Billion

In 2009, Pfizer was ordered to pay $2.3 billion in association with charges of fraudulent health care marketing related to the illegal promotion of pharmaceutical products. This was the largest health care fraud settlement in the history of the Department of Justice.